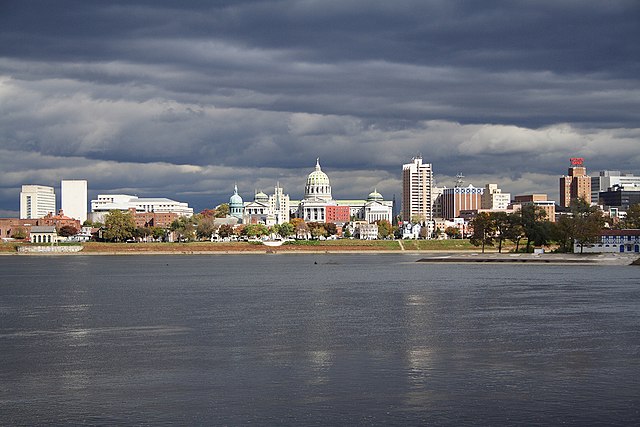 Harrisburg is the capital city of Pennsylvania. The city of Harrisburg has an estimated population of 48,904 residents making it the ninth-largest city in Pennsylvania. Harrisburg is located on the east bank of the Susquehanna River 107 miles west of Philadelphia. Harrisburg played an important role in American history during the American Civil War, Industrial Revolution and the Westward Migration.